Security in an insecure world. Protecting the world’s most important subsea cables.

UltramapGlobal is dedicated to the protection of the world’s most important subsea cables.

We take a restlessly determined approach to safeguarding. Satisfied only when strike rates on subsea cables reduce to zero. That’s our obsession.

The reduction of debilitating strikes on subsea cables – to zero – has been achieved on almost every UltramapGlobal assignment since launch in 2008.

UltramapGlobal is the home of AssetMonitor®, the World’s Most Used Subsea Cable Monitoring Software.

UltramapGlobal created the very first version of AssetMonitor® in 2009. And we’ve been improving it ever since.

We’re The World’s Most Informed because AssetMonitor® has gathered a higher volume of detailed and comprehensive marine vessel behaviour and analysis data, over a longer period and at a faster rate, than any other comparable software solution.

That’s why AssetMonitor® is also The World’s Most Used Subsea Cable Monitoring Software.

When you have to be sure – it has to be AssetMonitor®.

UltramapGlobal is a truly global and ‘Always On’ organisation. Right now, we are actively monitoring subsea cables worth billions of pounds in every ocean of the world. Seven continents. Five customer sectors. Every hour of every day. Please call +44(0)191 233 6531 or email info@ultramapglobal.com. It would be great to explore how we can help you too. 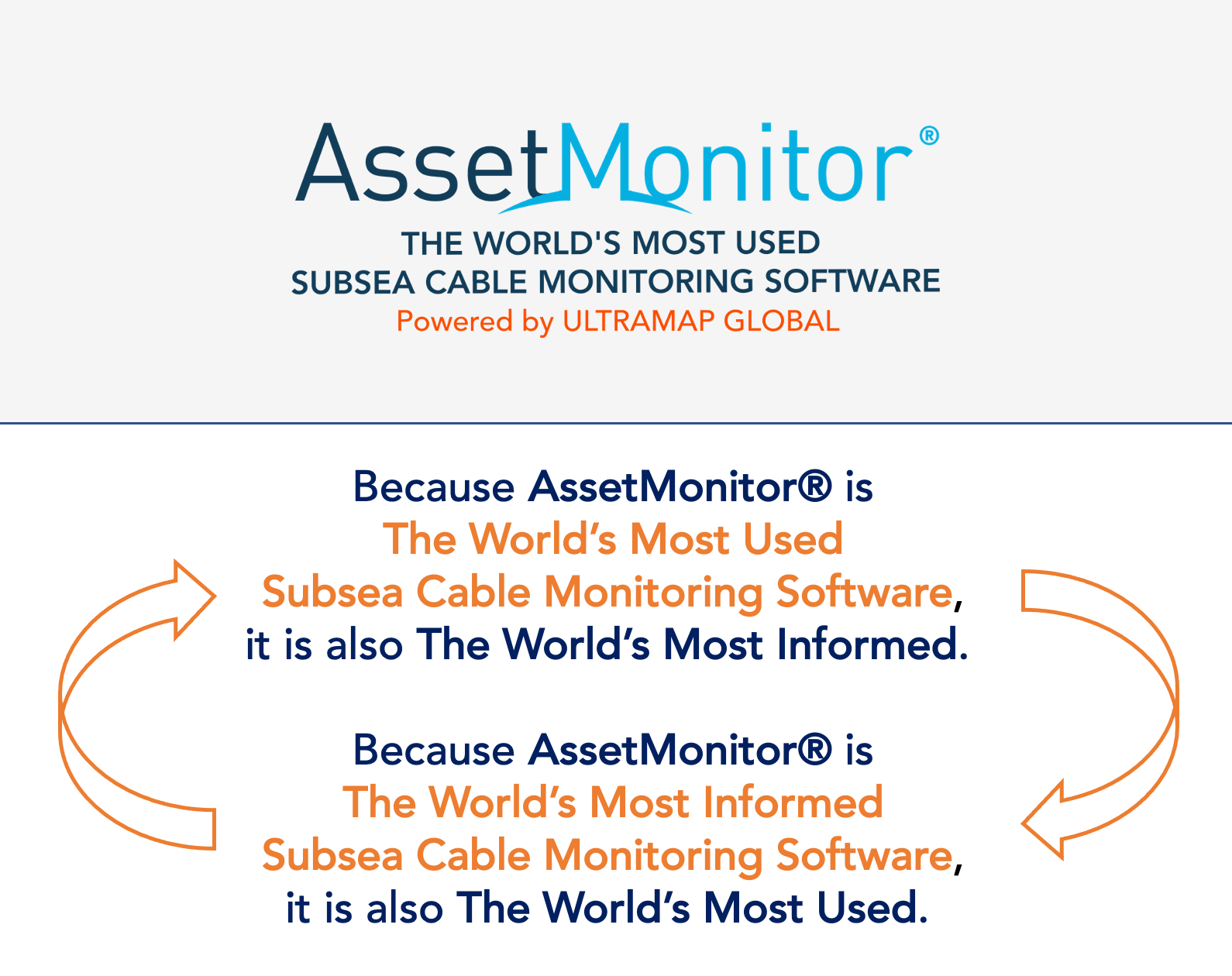 For the Global Marine Industry. Short, snappy, inspirational – and fun!